Organic reach on Facebook has been on a decline for some time due to the power of paid content. It can be difficult for any business to reach potential clients organically, but not impossible. First off, what is Facebook organic reach? Organic reach is simply the number of people who have viewed your post through any unpaid means of distribution. Impressions on the other hand, are the number of times a post was read, including multiple views from the same user.

Facebook decides what you see first based on things such as frequency of posts, the number of people interacting with posts, posts that come from family and friends, the odds that you will like a post, and more. This works similarly to how Google and other search engines would provide results if you were to conduct a search. Ranking refers to the process of analyzing posts and sorting them based on the likelihood that a user will have a positive interaction with that post. Posts with higher ranking show up first on your content feed.

In order to increase organic reach, the goal is to create posts that have a higher ranking score, so that they appear first for a user. Here are some tips for boosting your organic reach and increasing your business through Facebook and other social media.

There are peak times for posting on all social media sites. You will want to do your best to post during optimal times if you are looking to improve organic reach. Facebook tends to have the most engagement during the middle of the week. Tuesday through Thursday are the best days with Wednesday being the most ideal. Do your best to avoid early morning and late evening hours if possible. We recommend posting at least once every day. Even if engagement is lower on weekends, posting these days is better than not posting. 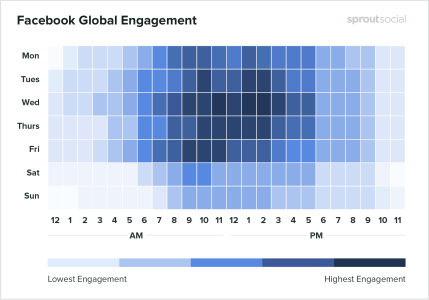 2) Engage With Your Viewers

It is comforting to know that there is a human behind a business page. Posts that come from a business can often lack a personal touch. It is important to engage with your viewers and followers. Respond to inquiries and comments, like comments made on your page, ask questions to encourage further engagement. Personalize your responses to those who comment on your posts the best you can. This personalization and humanizing of your page will go a long way toward developing a connection with your viewers.

Native Facebook videos are something you must be capitalizing on if you aren’t already. Facebook videos have a higher reach rate than statuses, photos, and links. They key though is to ensure they are native videos. Facebook reach is 10 times higher with native videos than videos that are hosted elsewhere, such as YouTube, and then shared on the platform.

When creating videos, be sure to create content that is shareable and engaging. Try to offer the most valuable information within the first few seconds of a video to capture the attention of viewers. Try to offer solutions and express an understanding of your audience's needs in your videos. Add captions and hashtags to each of your videos to further increase reach.

4) Target Your Posts to Your Specific Audiences

Not all of your posts may be meant for each and every individual that follows you or views your content. By using organic post targeting, you can choose to get your posts directly in front of a specified group of users who are more likely to engage with that content. In doing so, that content should have a higher likelihood of being shared and liked, and in turn increasing your organic reach.

We have all seen clickbait articles, posts, and advertisements all across the internet. It is a common practice, but not one you should ever engage in. Facebook looks at the quality of your posts and gives great consideration to it when ranking your posts. Any post or content that you create or share should be free from clickbait titles, links to questionable sites, and anything else that might be construed as low-quality content. Facebook will take notice of these types of posts and will likely penalize you for them. It is best just to avoid these practices entirely.

When looking to increase your organic reach, consider posting content of all varieties. We know that native video does very well but that of course will not be the only type of post you create. You can share many different types of content on Facebook including: 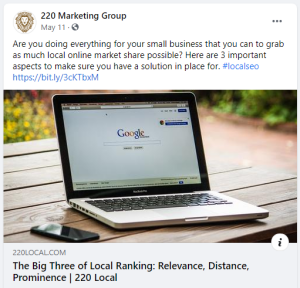 Be creative and mix up the types of content that you are posting. This will break up any monotony on your Facebook page and hopefully make it more attractive and inviting for your audiences.

Live video has one of the highest engagement rates of any post type. It is also another great way to humanize your business and engage with your viewers and followers. People enjoy the personal interaction with others over live video. Q&A style videos also allow you to give valuable information about your business, products, and services to your viewers. 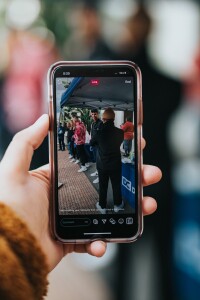 Organic reach may be a bit more difficult to achieve than paid reach but every business should be making an effort to improve theirs. Follow these tips and you will see your organic reach improve.